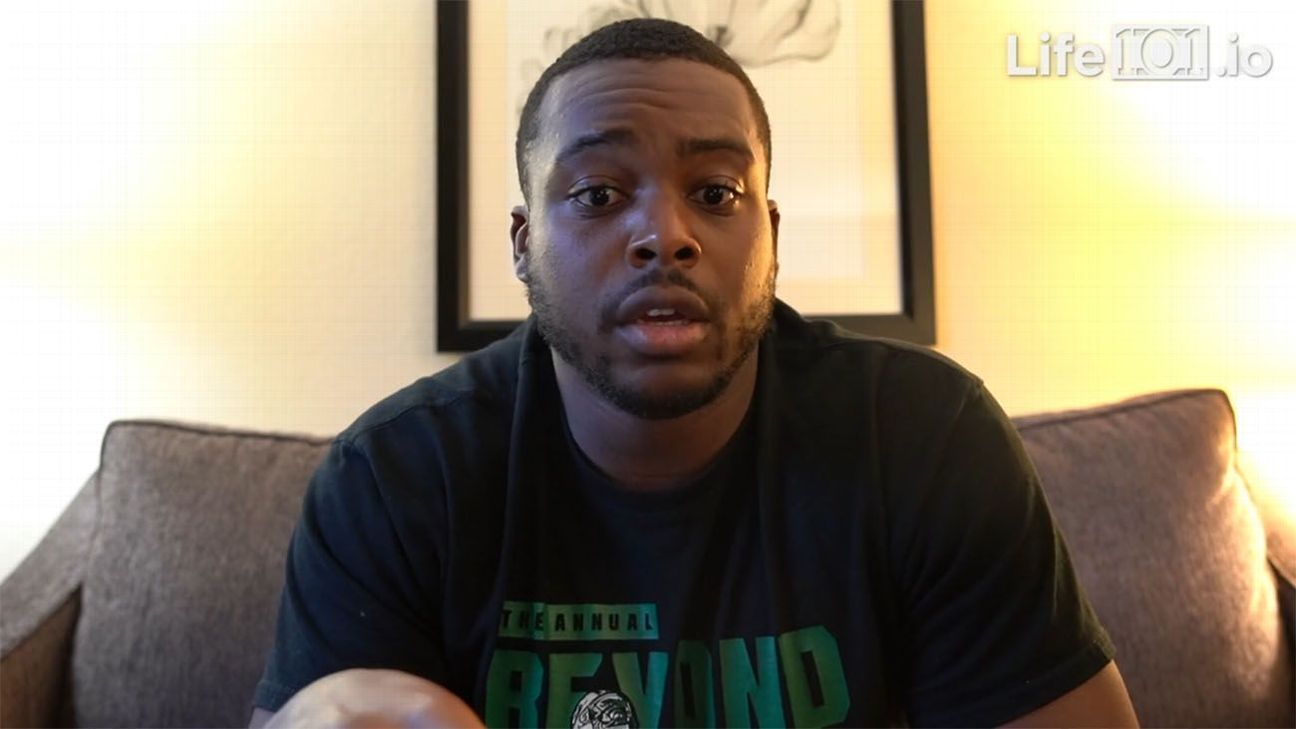 The conversation began in the Atlanta Falcons’ locker room, undrafted rookie defensive backs Dwayne Johnson and JR Pace discussing finances and how to get themselves started in a league where careers can be short but the money may end up long.

A week earlier, veteran linebacker Brandon Copeland had spoken to Falcons rookies about financial literacy and money management. Johnson and Pace kept the conversation going and brought questions to Copeland, a contributing editor to Kiplinger’s who teaches a class on the subject at the University of Pennsylvania during NFL offseasons.

Copeland started to answer and then decided to pivot. He would bring it to a larger group, one he started that meets virtually on Wednesday nights, with Pace and Johnson in attendance.

“So the question that we’ve been asking is basically how do you start a business or anything without money,” Johnson told the group. “Like, how do you build a business or an idea or join a group without the financial means, as is.”

It’s a question most rookies and young players in the NFL — and in other sports — ask themselves. It’s a question too many athletes don’t learn the answer to until too late in their careers, or after their careers are over, when the opportunity for growing their money has largely passed.

Copeland paused for a second. He began these Zoom sessions for this reason. “That’s the multimillion-dollar question right there.”

Copeland started the virtual class-slash-hangout-slash-information sessions — called the “Professional Athlete Development Program” — last month to bring athletes together to discuss financial options to help them in the present and the future.

Spread out across the country, active players, rookies and retired players log on at 7 ET Wednesday nights with a purpose: To learn things about money they didn’t know when they entered the NFL. Copeland fuels the conversation around finance, investing and economics to potentially have players work together to find deals that make sense and avert issues other athletes have faced.

“Things like that are extremely, extremely important to, I hope, preventing people from losing money,” Copeland said. “But also helping people grow their net worth over time. For me, that’s the most important thing.”

Copeland’s initial idea was to bring athletes to New York and have them work on resumes, interview prep and shadowing opportunities in person. Then the COVID-19 pandemic hit. Everything went online.

Sitting with the idea for another year, and after leading a “Money Talks” webinar through the NFLPA last year, he didn’t want to wait anymore. Copeland began a small text message chain with other players and floated the idea of having sessions where they could collaborate and discuss their own experiences — their successes, their failures. With more people comfortable communicating virtually, this could expand his plan.

Guys could be anywhere for the 90-minute conversations. Started through word of mouth, Copeland thought there might be five or six players on the first session in May.

Almost 20 showed up, and it grown weekly. It’s created bonds and connections that otherwise might not have happened, which could be helpful in multiple areas, from combining to connect on deals to warning other players about experiences with financial advisers and others who might not have the athlete’s best interest in mind.

A Discord server, an ongoing complement to the Zoom sessions, has over 100 members, mostly athletes and some entertainers.

“So it’s been awesome, honestly, to be a part of it and some days listen in, some days be the guy talking.

The Zoom sessions and Discord server are considered a safe space. No question is too remedial. No one is judged because of their lack of knowledge. This is all about helping build something together across teams and NFL generations to help players who want to take advantage of it.

“It is a collective thing. Everyone needs this information,” said Cliff Avril, who played for Seattle and Detroit from 2008 to 2017. “Everyone needs to understand what we’re trying to do and how this thing works.”

Copeland, who graduated from Penn’s Wharton School in 2013 with an economics degree, devised the sessions in the same general vein as his class at Penn and the seminars he holds on his Life 101 website.

Unlike the college students he teaches or those who have taken his e-course, these Wednesday conversations are focused on issues of high net worth because of the salaries NFL players receive. Instead of lecturing, he plays traffic cop — posing questions and keeping things flowing, monitoring whether people are engaging and staying with the session.

The plan, for now, is eight sessions discussing different areas of finance: An intro, taxes, investing, venture capital, real estate, cryptocurrency, “The Business of Me, and a final open session.

Copeland brings in experts to answer questions and expose participants to connections. In the venture capital session, he invited one of his mentors, Nick Morris, the hedge fund manager who co-founded Health Warrior; Kai Cunningham, a general partner at Miami-based venture capital fund Limited Ventures; and Jasmine Maietta, a former marketing head at Under Armour who started her own company, round21.

They were part of the chat with the athletes who held the majority of the conversation, including Copeland, Avril, former NFL linebacker Brandon Chubb and former Raiders and Seahawks tight end Zach Miller, who after playing became a private wealth advisor for AWM Capital.

They started with Johnson’s question, offering different perspectives based on their own experiences. Morris broke down the different rounds in venture capital and warned if you put money in during a seed round, you might not see a return on the investment for a decade, if ever. Cunningham explained they could receive equity or different deals not just through money but through using their social media followings and status as NFL players.

“It’s being able,” Cunningham said, “to thoughtfully leverage your likeness.”

Miller and Avril spoke about the difference in options a player may have between when they are active and retired.

“It’s all about who you know,” Avril told the group. “So growing your network while you’re playing is huge, man. Because the doors will get closed that you have available to you right now as an active player, they will get closed.

Relationship building, in many ways, is what the sessions are all about in the first place.

Early in Copeland’s career, as he bounced from Baltimore to Tennessee after going undrafted in 2013, he had the same questions Johnson and Pace do now. He had the base of knowledge from Wharton and business internships, but rarely did conversations happen in the locker room.

Then, as he became more comfortable in the league and in himself, he opened up. In Detroit, he connected with Glover Quin, Haloti Ngata, Tahir Whitehead and Don Carey. He found there were players involved in almost any space he was interested in a few lockers away.

“A young guy coming into the league who wants to play linebacker but is also interested in real estate or is also dealing with their family pulling at them financially or is trying to buy their first home, trying to buy their first car,” Copeland said. “There’s no standard or no certain place where they can go and collaborate with others and learn from others’ experiences, right.

“And so for me, I think that I wanted to, originally I wanted to start this group.”

In Seattle, Avril had similar thoughts. Mornings in the Seahawks locker room, he and Michael Bennett would play financial audiobooks over the speakers — “Rich Dad, Poor Dad” was a favorite — both for their knowledge and to send a message to younger players.

Start learning. Start seeing yourself as more than a football player, but as an investor, a business, a brand. On Wednesday, Avril texted Bennett during the venture capital conversation, inviting him to the group. Bennett logged on for a little while and didn’t speak, but Avril said he told him the next day they need to be talking about money management more often.

“We’re tired of seeing or hearing the 30-for-30 Broke, right,” Avril said. “Because that’s what everybody assumes we’re going to end up like and in all reality, it’s not as common as they make it to be. So I just want guys and I want to change the narrative.

“That’s how you change narratives, by having conversations with guys.”

nflgameday
Welcome to GameDay.Blog Powered by SportsBook-Live.com. Please register to our site, As more States become Available for Online Gambling, We will automatically upgrade your status from Subscriber to Player. Please note we are not affilliated in any way with ESPN, CBS Sports, Home depot or CitiBank GameDay Programs. https://gameday.blog
https://nflgameday.sportsbook-live.com